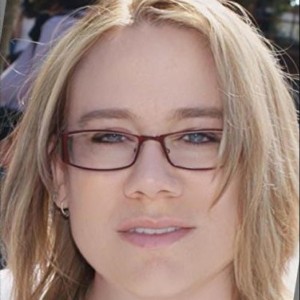 This may be “controversial” — but I won’t be sharing pictures of the devastation that most all of us remember so vividly from that morning 18 years ago.

I would rather remember the lives of those people, people from all walks and places who worked in NYC, D.C., or were on those planes there and in Pennsylvania.

I would rather remember the World Trade Center Plaza the way it stood — impossibly large and magnificent. I would rather remember and honor the younger me that stared wide-eyed and awestruck up at those towers as I walked through the Plaza, past the coffee stands to report for my interview at the American Express TRS offices at the Plaza.

I would rather remember looking out of the floor-to-ceiling windows from my Amex cubby-office on the 38th floor and feeling weak-kneed looking down at the impressively large yachts on the water below nearby (I’ve always been afraid of heights.)

I would rather remember the delicious (and massive!) burritos I used to get for lunch (with leftovers for dinner) from the California Burrito shop downstairs. I would instead remember being on the Bay in a sailboat watching the fireworks on July 4th.

Or even (trying) to root for the Jets while having a cider ale at McSwiggans (the most awesome little pub, ever!) — even though I’ve been a Cowboys fan since birth.

I would rather remember working with the most incredible and diverse cast of awesome people who all seemed taken by my “southern” accent.

I wasn’t there on 9/11. Years prior I had moved back to my home-state of West Virginia. But NYC, her people, and the friends I made there left a mark on me that I’ll always carry… and the unstoppable, exciting energy of that city I can still feel in my bones.

Just another “thought I knew everything” young woman, fresh from the “hillbilly mountains” of West Virginia, ready to take on the world.

I don’t remember it prior to the tragedies as a way to forget… no, anyone who was alive during that, and anyone who had ties to any of those places or people will never — NEVER — forget. There were losses there that can never be forgotten, recovered, rebuilt… ever.

I choose to honor the memory of those people — of those places — by honoring their lives. The ‘life’ of the cities that were forever changed. And the life and energy of a country who suffered a wound that we have not yet recovered from… a wound that remains under the surface even now, and tarnishes the glorious idea and energy of ‘freedom’ that we always cherished, and, yes, even took for granted before that day.